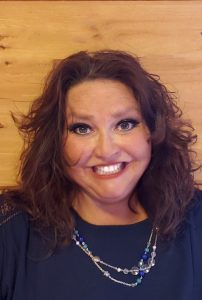 Awardees come from schools in all 50 States, the District of Columbia, the Department of Defense Education Activity (DoDEA) schools, and schools in the United States territories of Guam, the Commonwealth of the Northern Mariana Islands, the Commonwealth of Puerto Rico, and the United States Virgin Islands. Nominations and awards are facilitated by the White House Office of Science and Technology Policy (OSTP) and the National Science Foundation.

Established in 1983, PAEMST is the highest award given by the U.S. Government to kindergarten through 12th grade teachers of mathematics and science, including computer science.

A panel of distinguished mathematicians, scientists, and educators at the State and National levels assess the applications before recommending nominees to OSTP. Teachers are selected based on their distinction in the classroom and dedication to improving science, technology, engineering, and math (STEM) education.

Angela McKeen has taught in public and private schools for 11 years and taught in higher education for six years. She spent the past four years at Notre Dame High School where she teaches Honors Physics, Earth and Space Science, Advanced Placement Environmental Science, and 7th Grade Science. Angela worked as a science instructor and science coordinator at St. Mary’s Central School for four years. She began her career at Valley High School teaching science and English for three years.

Angela’s enthusiasm for the natural world is reflected in her yearly science camps. While working with disadvantaged youth in rural West Virginia, Angela began running her own science camps. Most recently, she was awarded a grant from West Virginia Science and Research, a division of the West Virginia Higher Education Policy Commission (WVHEPC) to offer an environmental camp.

Angela’s excitement for teaching science and her active participation in all levels of science education have made her an excellent professional development provider. Several of her earth science lessons have been published. Her dissertation explored teaching science using aspects of the arts in rural Appalachian classrooms. Angela presented to the Maryland Higher Education Consortium at Johns Hopkins University with a colleague on using trade books to teach science content at the university level. Recently, she was asked to present at a statewide diocesan conference on teaching rigorous science in Catholic schools.

Angela earned her B.A. in secondary education at Fairmont State University and her M.A. in science education at West Virginia University (WVU). She also holds a doctorate in curriculum & instruction from WVU. Angela is certified in chemistry, earth and space science, and general science.